A better way to engage with an app.

The Award-Winning and critically acclaimed iPad App Chimps Should be Chimps provides an interactive visual experience to convey an important message from Chicago’s Lincoln Park Zoo.

Chimps Should Be Chimps is a children’s storybook that features rhyming verse, lush illustrations, animation and sound effects to help raise awareness about the misuse of chimpanzees in entertainment. 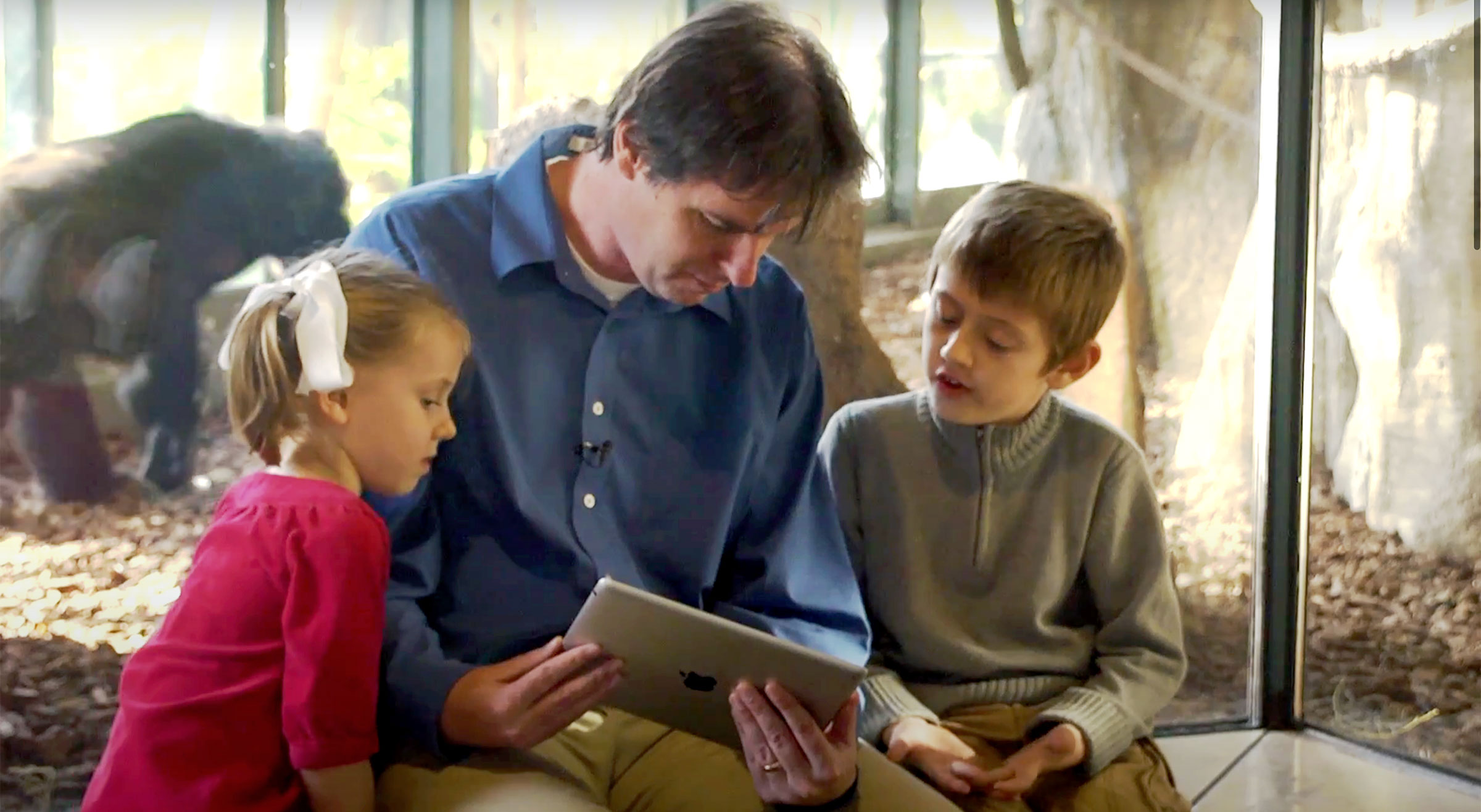 The app is perfect for a child to read alone or with an adult, with the hope of starting family discussions about these issues.

Rather than create a traditional educational app, Manning strategized, wrote, designed, illustrated, and developed the entire book. We wove the issues of chimp welfare into a story complete with rhymes, animations, sound effects and hidden surprises. The lush illustrations breathe life to the text and emphasize the emotional side of the cause. Supplementary features provide context for the story and share Project ChimpCARE’s mission and goals. 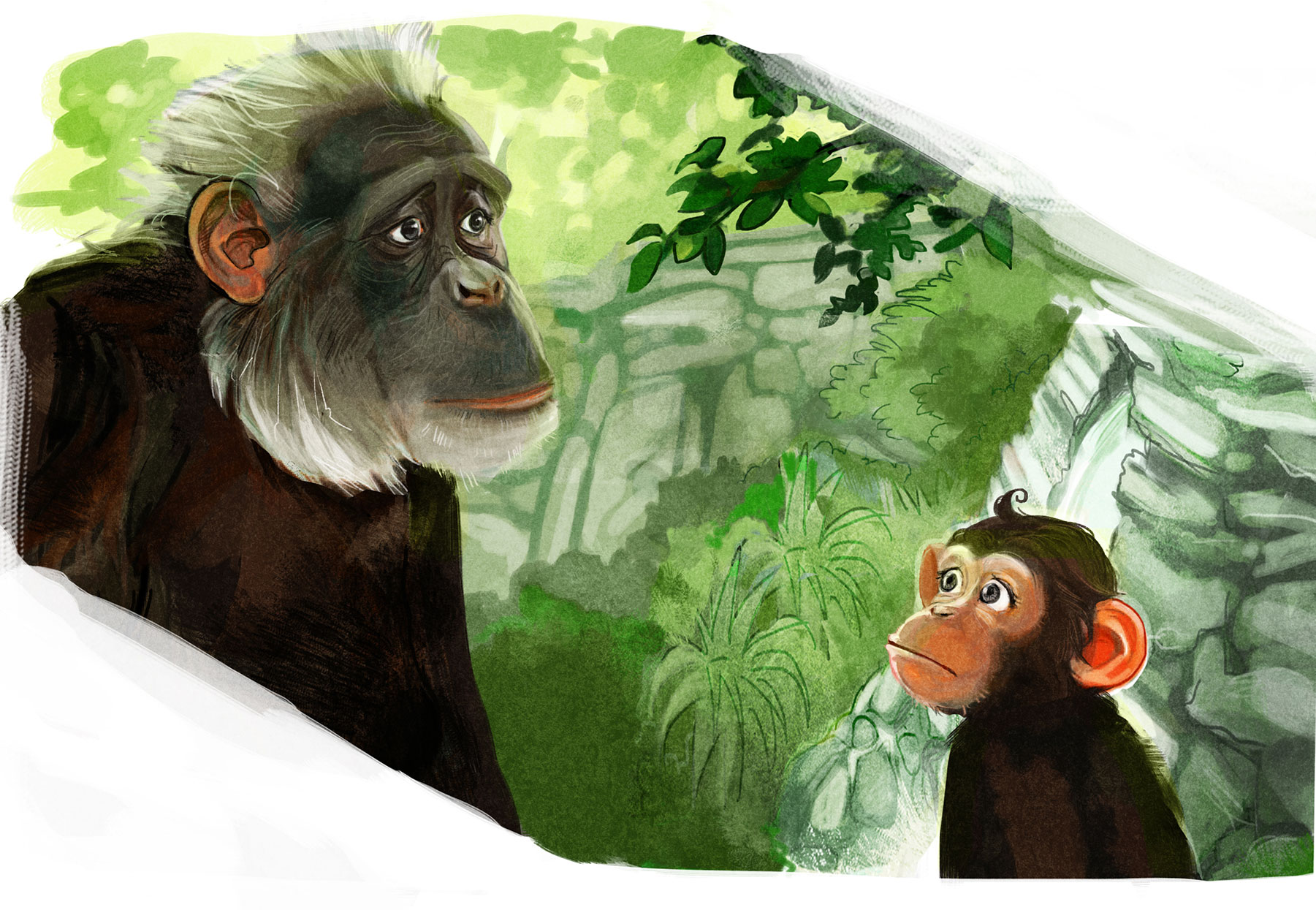 The novel approach attracts the media and generates buzz - key elements for any public awareness campaign.

Chimps Should Be Chimps has been downloaded thousands of times and has received significant attention from the press including NBC, CBS, The Chicago Sun-Times and Chicago Parent Magazine.

Chimps Should be Chimps earned the Golden Trumpet Award, the highest honor awarded by the Publicity Club of Chicago. 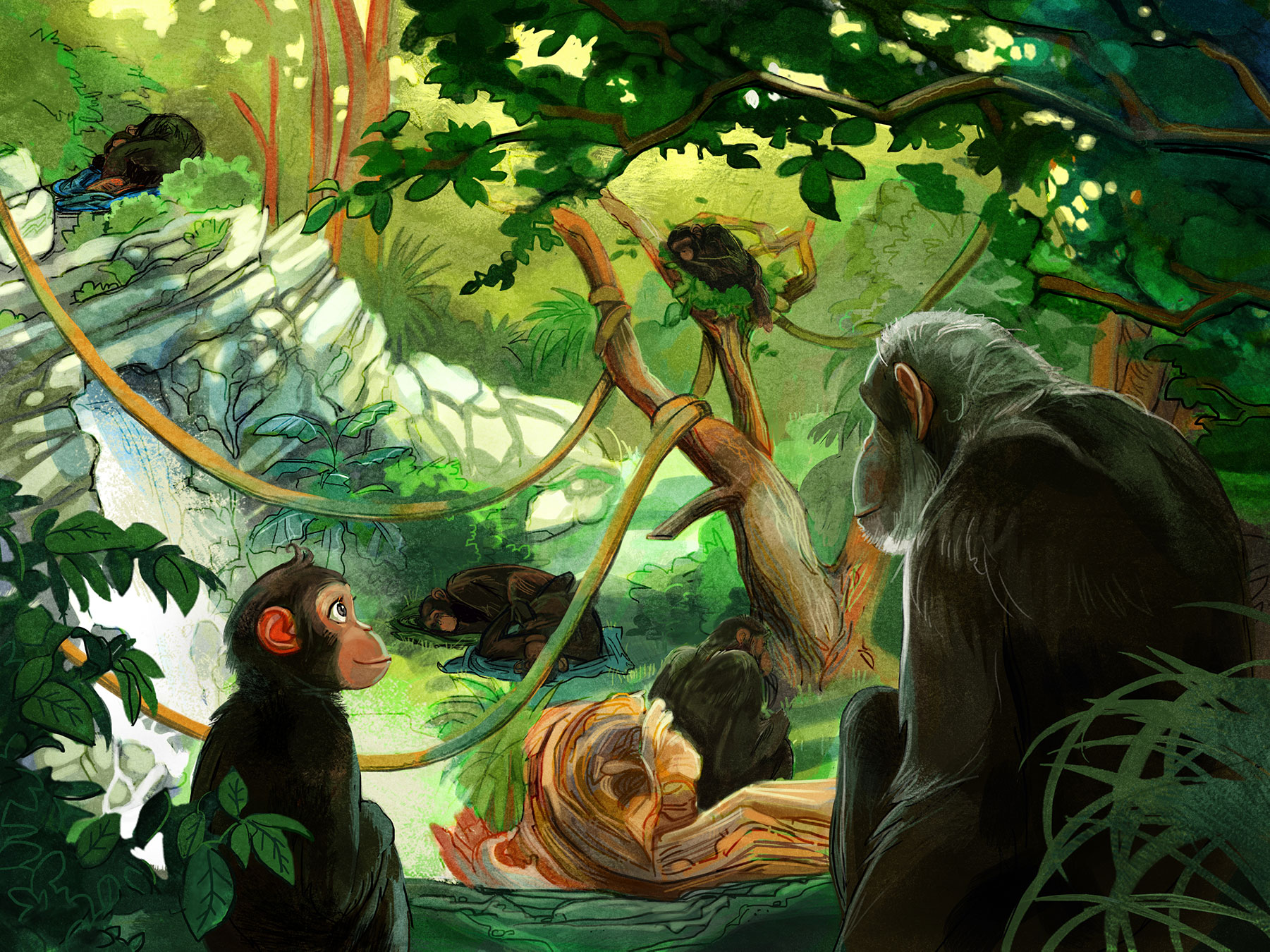 The storybook has been praised by readers and critics alike.

The story provides an interactive experience for children and adults on one of the fastest growing platforms, and also keeps the audience engaged with features that promote repeat usage.

The iPap app has a wide national and international reach with particular appeal for young parents, one of the zoo’s core audiences. As a free app, Chimps Should Be Chimps serves as an informative and engaging resource for children and their families, shaping the cultural attitudes of a new generation.

It’s more than experience that makes the difference.

The true value that we provide is an understanding of how and when to apply these capabilities to benefit your organization and its unique goals. We invite you to call us to see how we can make a difference for you.

Thank you for contacting us!

We will get back to you as soon as possible.